Since one week we are in Ghana now to help several small clinics in the countryside between the capital Accra and Koforidua.

Last week we went for a shooping trip to Accra, because we needed certain medical equipment for three small health centers. One of it is situated in Okrakwadjo. We support this small clinic since the beginning of BOA-Afrika e.V., because Susi has worked there as a volunteer after she had finished school. So she witnessed the problems of the clinic herself and learned that the team is willing to help all patients, but does not have basic medial equipment.

After we haved asked the medical shop owner in Accra about the costs, we decided to buy 12 boxes of gloves, 18 bedsheets, 600 yards gauze, 57 bandages, three bathroom and one todlar scale, sterile medical instrument sets especially for women giving birth and one sterilizer.

While some of the team were busy getting the wanted things packed in cartons, we could watch the world cup qualification match between Ghana and Congo on a screen in the shop. 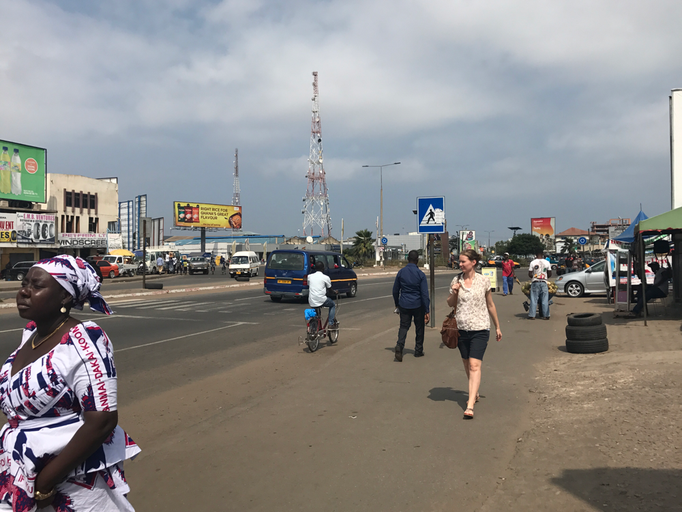 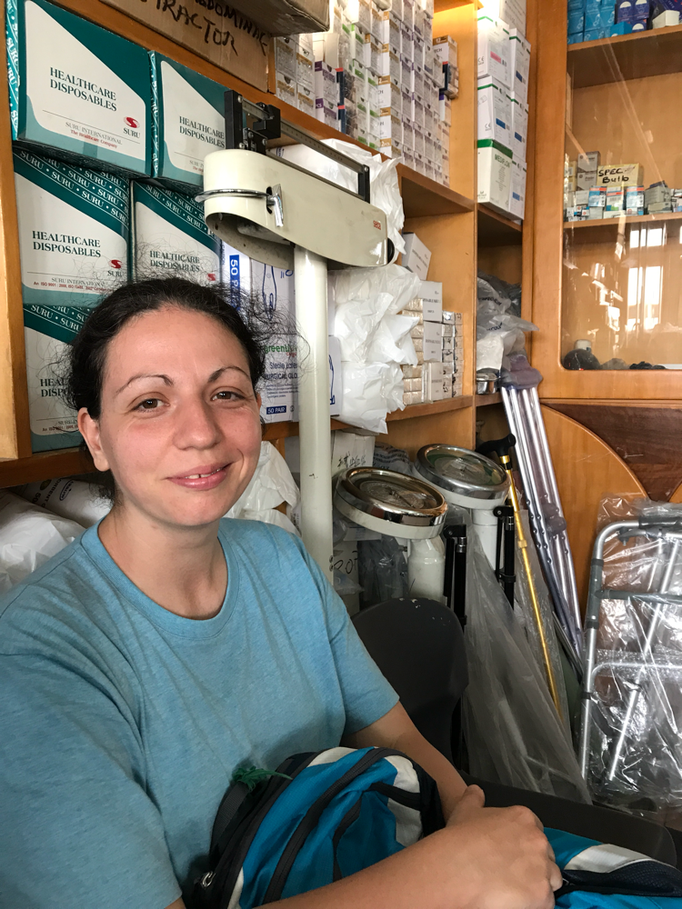 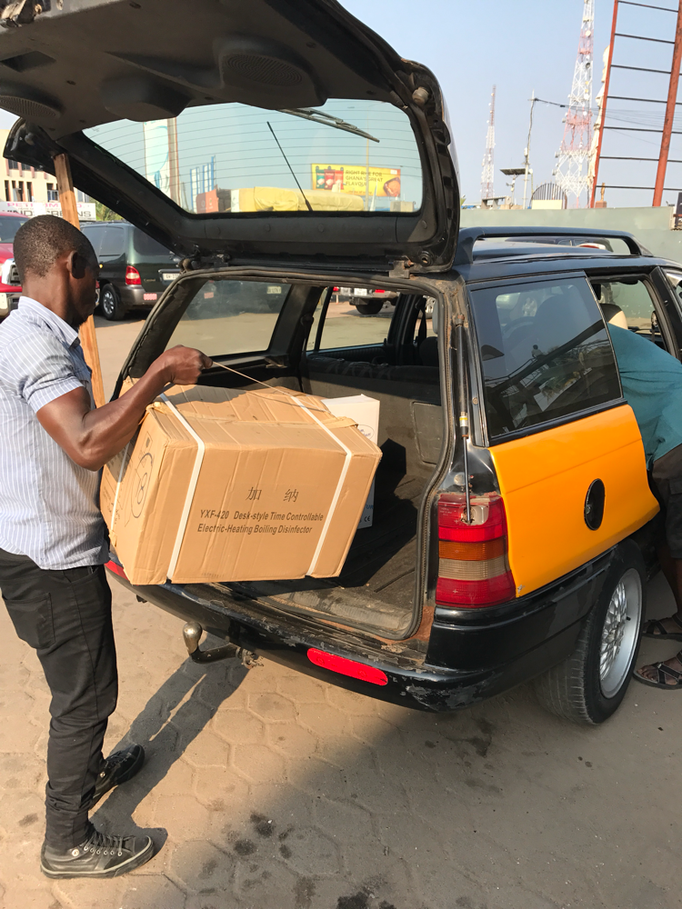 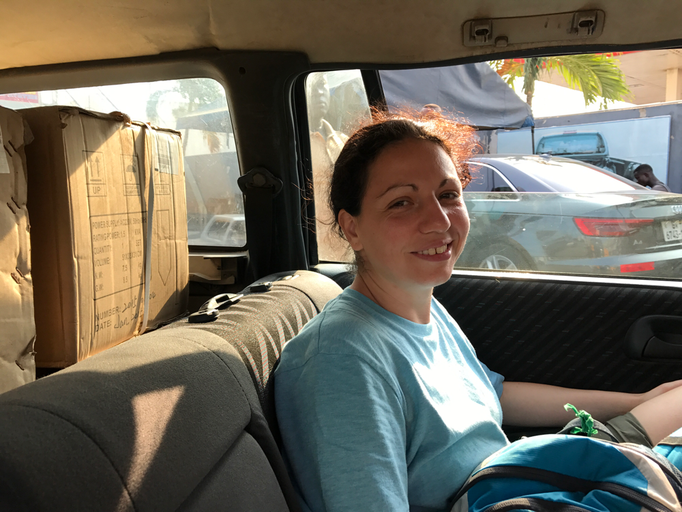 Furthermore we were asked for glasses by a woman last week. Esther told us that she had eye problems since years, but could not afford to pay 60 € for new glasses at the nearby hospital. She had heard that we had brough used glasses from Germany and was very happy when we looked through all the different pairs with her. See here which pair of glasses Esther finally chose.

After that we went to the next town and helped our friend Abi with her work at Tetteh Quarshie Memorial Hospital. When we had finished most of it we were able to visit a pharmacy opposite the hospital to buy different kinds of medication for the health centers. The small clinics only have a small amount of drugs for their patients available. So they are always glad about getting some more.

Because of your donation we could buy anti-malaria-drugs for adults and children, antibiotics, folic acid and a few bottles of a product that helps to increase the haemoglobin level in the blood. 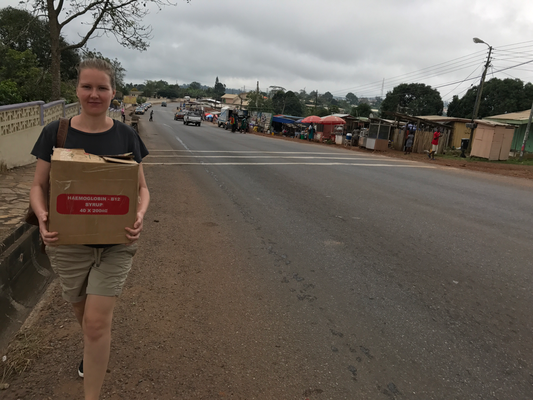 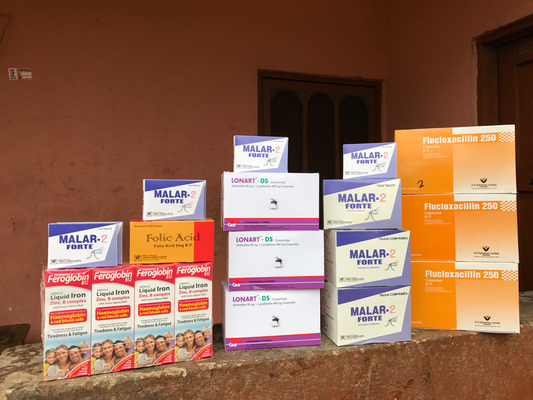 Next week we would like to visit the health centers and bring them their donations. But before we have to go back to Accra and visit the medical shop again. Last Thursday we have placed another order and will pick up the things for Tetteh Quarshie Memorial Hospital next Monday.